Hello Porch Projects supporters, friends, and fans.  As you may have guessed, Porch Projects is taking a much needed sabbatical for rethinking, retooling, and refocusing.  Porch Projects has hopes of returning in the future, perhaps in new forms, as time and life permit.

Many thanks to all those who have supported this project with their presence, artwork, creativity, and enthusiasm.  You are part of a beautiful community.
Posted by Porch Projects at 10:54 AM 3 comments:

19 Ways of Looking at a Painting: Closing Reception

To celebrate the conclusion of Porch Projects' biggest exhibition yet, 19 Ways of Looking at a Painting, there will be a closing reception next Saturday, October 20, from 4 to 6 pm.  If you did not get a chance to view the exhibition over the past two months, or just want to congratulate the artists one last time, please join us.

There are many other art events happening around the city next Saturday, so please add Porch Projects to your list of stops!
Among the other events are:
-Howard University Homecoming Parade watch party with DC Cheer, Pleasant Plains Workshop
-Artist talk with Laura Elkins, The Fridge
-Opening reception, Arlington Arts Center, Fall Solos 2012 and Rulemaker
-Kitchen of Innovation 3, arts micro-crowd sourced-fundraising dinner
-Opening reception, Doris-Mae
Posted by Porch Projects at 9:47 AM 1 comment:

Email ThisBlogThis!Share to TwitterShare to FacebookShare to Pinterest
Labels: events

19 Ways of Looking at a Painting: Exhibition Images


Posted by Porch Projects at 5:26 PM No comments:

Porch Projects Presents: 19 Ways of Looking at a Painting 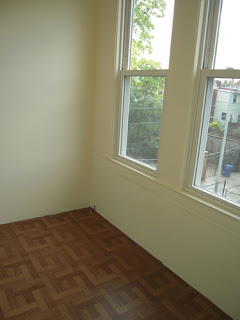 I was of three minds,
Like a tree
In which there are three blackbirds.
--Wallace Stevens, “Thirteen Ways of Looking at a Blackbird”

The Washington, D.C., area has long been a center of carefully nurtured painting practices. Through means as varied as photorealism and color field abstraction, and all methods in between, painters here explore the analytical potential of mark and color for understanding the world around us.
Nineteen examples of such practices are gathered together for this exhibition. The works have been installed over the course of several weeks in response to the Porch Projects space and in relationship to each other. This contextual way of looking at and thinking about painting will foster new connections and meanings within the works being made in our area.
Participating Artists:
Julia Brown, Deborah M. Carroll Anzinger, Tim Campbell, Emily Do, Christopher Dolan, Mike Dowley, Thomas Drymon, Laura Elkins, Pat Goslee, Peter E. Harper, Becca Kallem, Brian Kelley, Magnolia Laurie, Joren Lindholm, Melissa McCutcheon, Katherine Mann, Megan Mueller, Lisa K. Rosenstein, Katherine Sable

Posted by Porch Projects at 11:05 AM No comments:

Email ThisBlogThis!Share to TwitterShare to FacebookShare to Pinterest
Labels: exhibitions

What if I take my problem to the United Nations? Exhibition Images


Posted by Porch Projects at 11:51 AM No comments:

Porch Projects Presents: What if I take my problem to the United Nations? 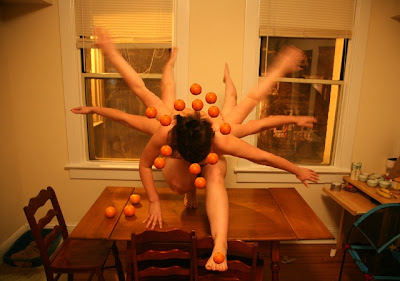 “I'm gonna take my problem to the United Nations.”
-Eddie Cochran, “Summertime Blues”
“What if I take my problem to the United Nations?”
-PJ Harvey, “The Words That Maketh Murder”
Porch Projects’ upcoming exhibition, curated by DC based artist Tim Campbell, brings together the efforts of five artists working in DC, New York, Connecticut, Detroit, and Paris. Many of the works in the exhibition (which range from painting to sculpture to performance documentation) focus on the human body as subject but extend beyond the figure itself to explore themes such as constraint, balance, extension, materiality, environment, and the artificial. The currents of meaning that run between and among these works raise questions about the methods, politics, and problems of bodily representation in our digital age.
What if I take my problem to the United Nations?
Featuring work by: Strauss Bourque-LaFrance, Chajana denHarder, Sam Ekwurtzel, Sarah Navasse Miller, Christopher Samuels
Curated by: Tim Campbell
Opening reception: April 21, 2012, 4-7 pm
Exhibition open by appointment at other times.
Email porchprojectsdc[at]gmail[dot]com for more information.
About the participants:
Tim Campbell lives and works in Washington, DC. He received an MFA from American University (2008), a BS from Skidmore College (2005), and attended the Skowhegan School of Painting and Sculpture in 2010. In 2009, he was an artist-in-residence at the Cite Internationale des Arts in Paris. He has recently exhibited at School 33 (Baltimore), Tompkins Projects and Zora Space (Brooklyn), and will be included in “Lost and Found” at the Museum of New Art (Pontiac, MI) in 2012. Learn more at www.tim-a-campbell.com.
Strauss Bourque-LaFrance, currently living and working in Brooklyn, received an MFA from the Tyler School of Art (2010) and a BA from Hampshire College (2006). He attended the Skowhegan School of Painting and Sculpture (2010) and previous exhibitions include Bodega Gallery and Vox Populi (Philadelphia), Northampton Center for the Arts (Northampton, MA), and Abron’s Art Center (NYC). Learn more at www.straussbourquelafrance.com.
Chajana denHarder’s performances have been featured at the National Portrait Gallery, the Corcoran Gallery of Art, and in public places throughout Washington, DC. She has also shown her work at the Washington Project for the Arts, DC Arts Center, and Hillyer Artspace, and was a 2011 recipient of a Young Artist Grant from the DC Commission on the Arts and Humanities. Currently based in DC, she received a BFA from Maryland Institute College of Art. Learn more at www.chajana.com.
Sam Ekwurtzel is a sculptor currently based in New London, Connecticut. Ekwurtzel received his BFA from the University of Hartford (2006) and his MFA from Columbia University (2010). He was a 2010 Fountainhead Fellow at Virginia Commonwealth University and has also attended The Skowhegan School of Painting and Sculpture. He has exhibited at venues including Smack Mellon and LeRoy Neiman Gallery (NYC); Vox Populi (Philadelphia); Real Art Ways (Hartford); and Art-St-Urban (Switzerland). Learn more at seafe.tumblr.com.
Sarah Navasse Miller currently divides her time between Paris and Washington, DC. She received an MFA from American University (2011) and an MA in Art History from the Sorbonne (2009). Her work has been shown at the Katzen Art Center, the Festival du Touquet (France), Espace Artes (France), the Washington Studio School, and the Village Art Gallery (Montgomery, AL). Learn more at sarahnavassemiller.free.fr.
Detroit based artist Christopher Samuels has shown at Northend Studios Gallery, the Museum of New Art (Detroit), CAVE Gallery, Detroit Industrial Projects, and Bodega Gallery (Philadelphia). Samuels is the founder and former direct of Detroit arts space ORG Contemporary. He attended Skowhegan School of Painting and Sculpture in 2010. Learn more at www.christophersamuels.com.
(Image: Chajana denHarder, Bodyworks)
Posted by Porch Projects at 11:17 AM 1 comment:

Email ThisBlogThis!Share to TwitterShare to FacebookShare to Pinterest
Labels: exhibitions

MEGATRON'S DEAD opened to media fanfare and record crowds last weekend.  Here's a taste of the work on view: 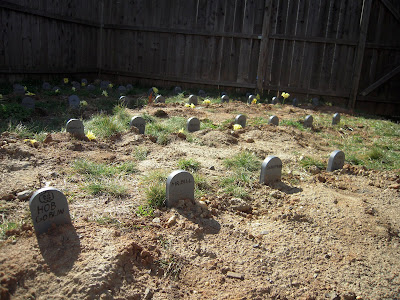 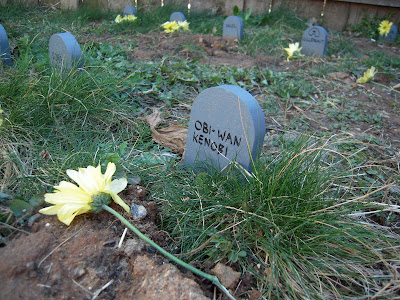 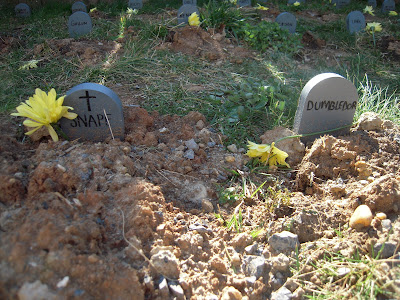 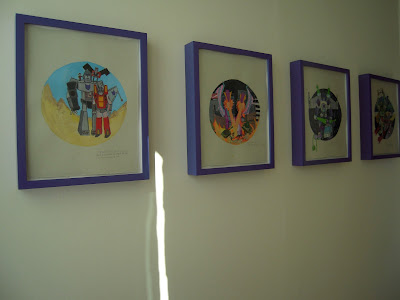 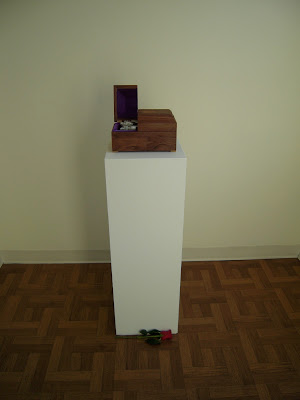 Thanks, writers!
Posted by Porch Projects at 2:24 PM No comments: